When Dirk received his team list, he noticed one thing: it was a female-dominated team.  Seven girls and three boys on the BGC Gold team.  Five of the players have older brothers in the BGC baseball program.  Thus, they are not strangers to the ballfield.  Coaches Matt, Dirk and Mark not only had the best listeners, but the fiercest competitors in the league.  It was amazing to see the progress this squad made from the first to the first to the last game.

Three of the teammates:  Simone, Avery and Griffen also had brothers who played on the BGC Muskrats kid pitch team.  These kids were together four nights a week and formed quite a bond.  The big brothers liked to attend the Tball games and "help" - sometimes a little too much.  During the last game, Cullen played catcher (rounding up the balls in a bucket for the coaches).  When Simone's team was in the field on defense and a ball was bunted just outside the batters box, Cullen went after it to make a play.  From the outfield Simone could be heard yelling, "Cullen, this is NOT your team.  Stop it!".  Even though she wants to be just like her brother, he is not allowed to steal her spotlight! 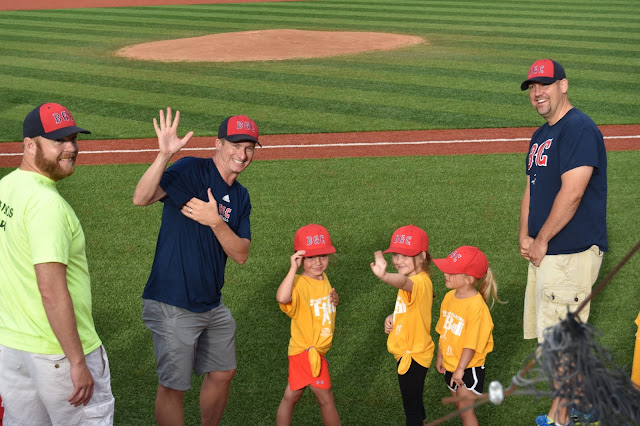 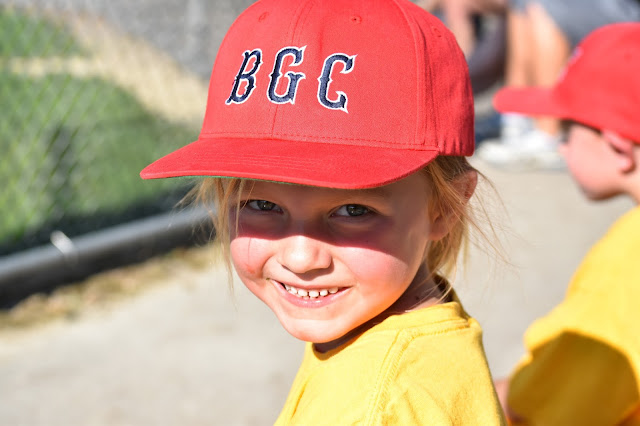 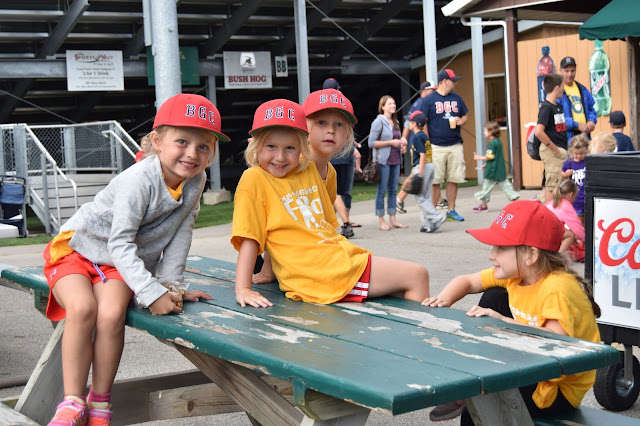 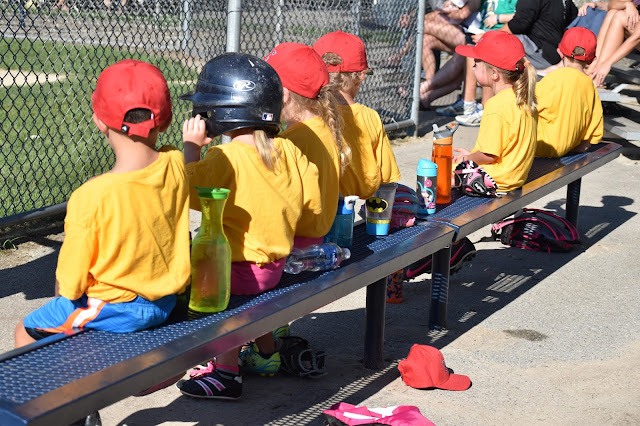 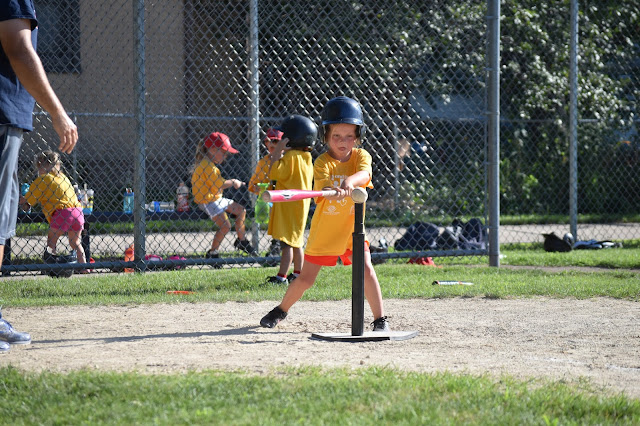 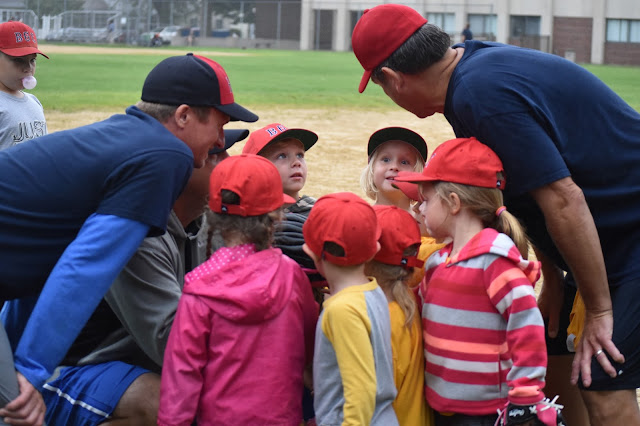 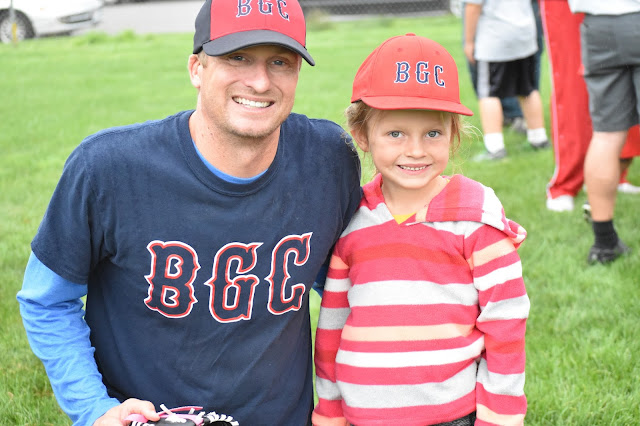 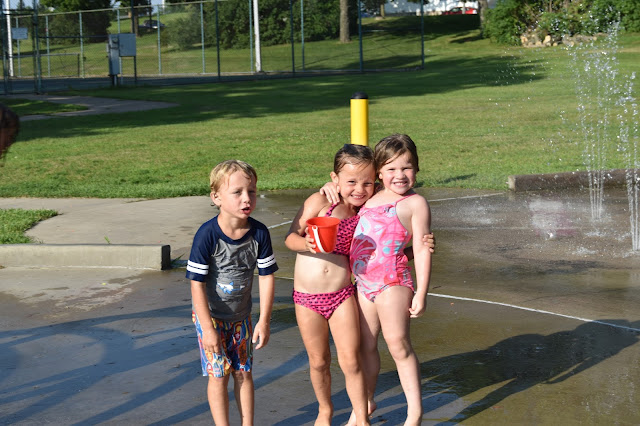 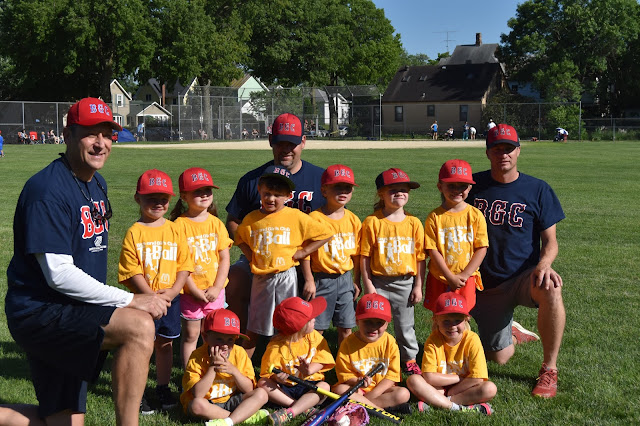