8 year old boys are easily distracted.  At least that's what their baseball coaches will tell you.  Cullen played his first season of kid pitch baseball.  During practice the boys would often be looking at the marshy, wooded area behind the field for muskrats.  If they spied one, they would completely lose focus of the baseball tasks at hand.  Finally, after one trying practice, Coach Brad named them the BGC Muskrats and sent them off into the outfield to chase the little rodents.  (Don't worry, the muskrats scurried away pretty quickly!)

The way kid pitch baseball works is, the players are allowed to pitch until the ball is hit, the hitter strikes out swinging or the fourth "ball" is called.  Once the ump calls the fourth "ball", a coach will come in to pitch.  This encourages the kids to strike out swinging.  Some kid pitches are pretty wild and it's not uncommon to see someone hit my a pitch.  But its also great training ground for kids to learn to throw some pitches and kids to start reading the ball as it leaves the arm.

Cullen's team was made up of a great group of kids and parents.  Dirk also helped coach this team along with Coach Tim and Coach Brad (and sometime Coach Eric).   The boys were scheduled with one practice and two games each week. The boys won and lost a few games each.  There were sure signs of improvement in all facets of the game.  The finale was an end-of-season tourney.  The boys tied their first tourney game and lost the second.  Unfortunately, their season ended without a championship win, but the Muskrats are hungry for next year! 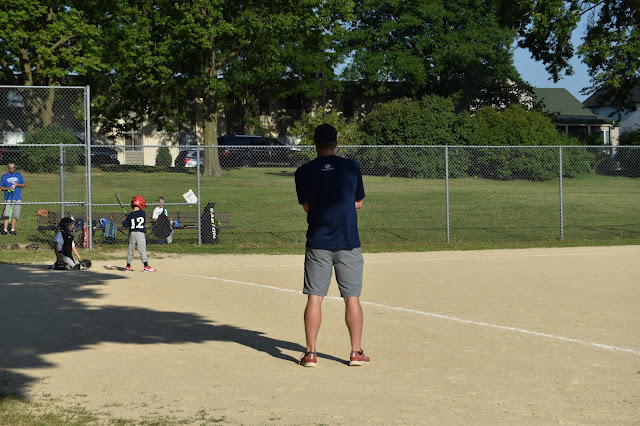 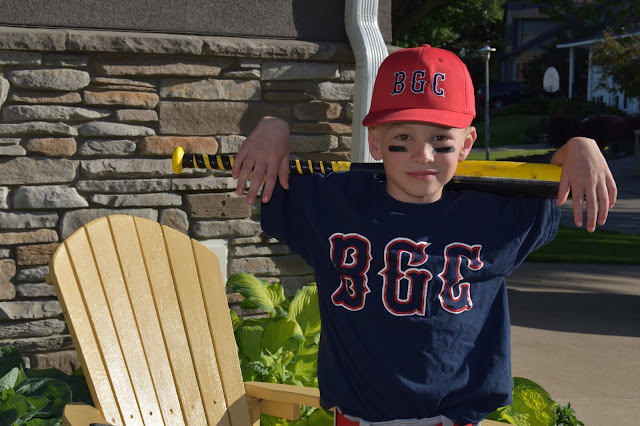 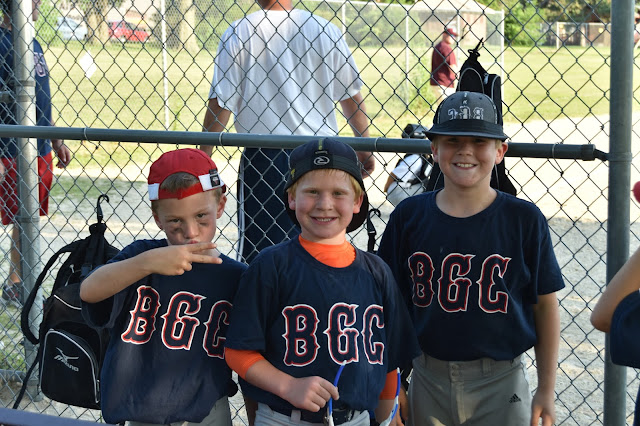 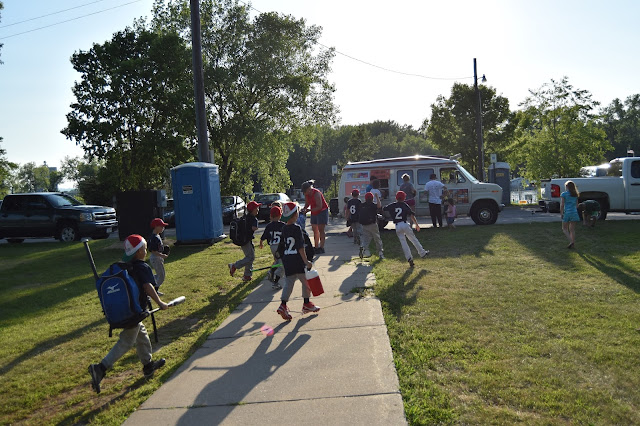 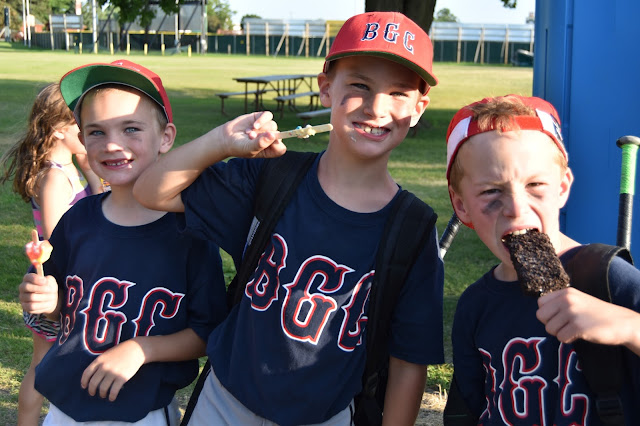 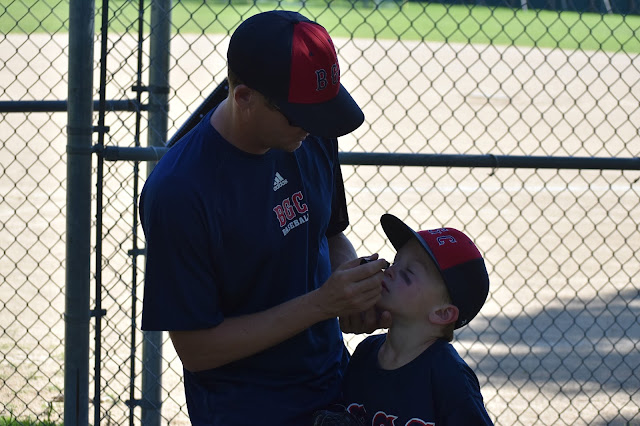 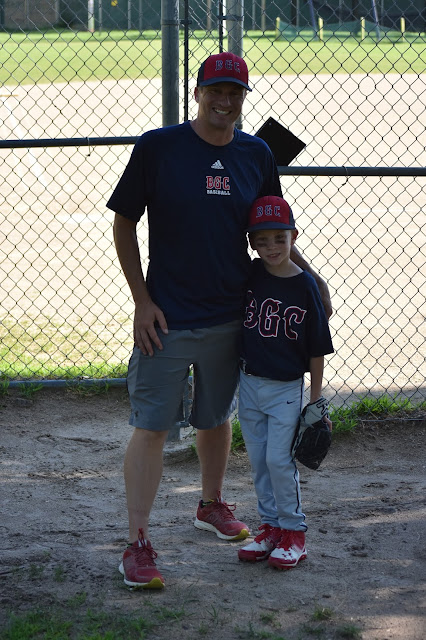 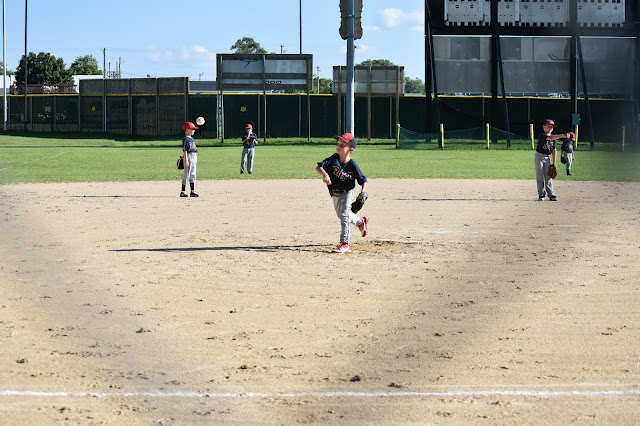 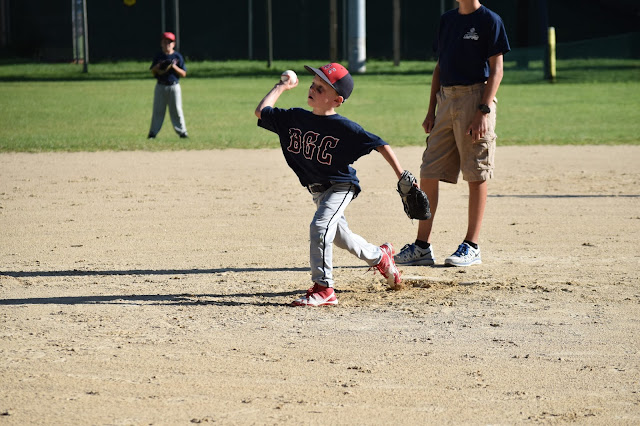 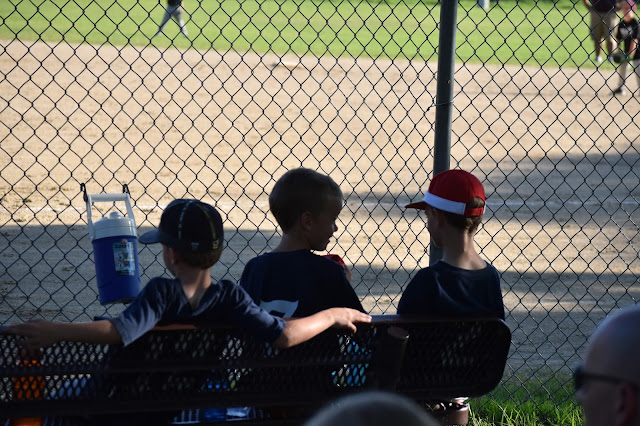 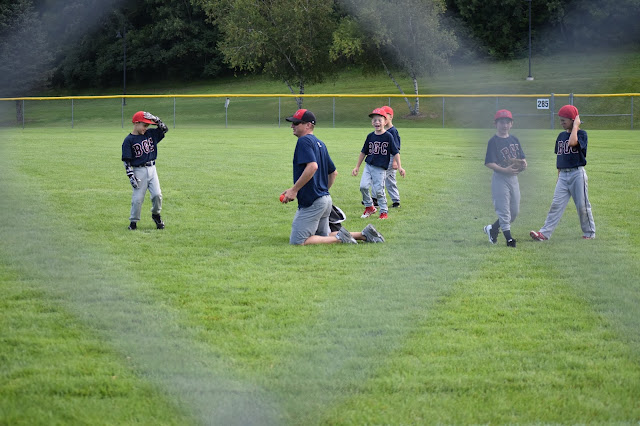 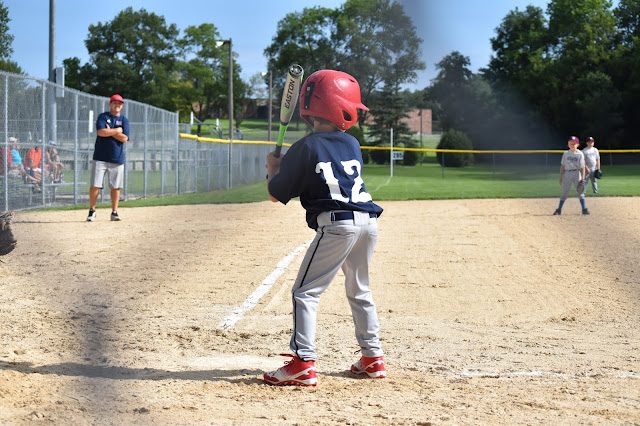