This Halloween, Cullen went for the scary costume.  No more superheros.  He chose the Grim Reaper.  It was the not-so-scary version for his school party.  However, for actual Halloween day, mom did full makeup.  Simone's Halloween attire featured two costumes.  For the school party, Simone rocked the bumblebee and for Halloween, she became Officer Swanson.  Naturally, Dirk was the robber.  Lisa was a little-known character named Eleven from the Netflix show "Stranger Things".  I can't decide if Dirk and I like dressing up more than the kids do!

The highlight of Halloween was being interviewed by channel 19 news during the downtown La Crosse trick or treat event.  It helps when your favorite babysitter is the reporter! 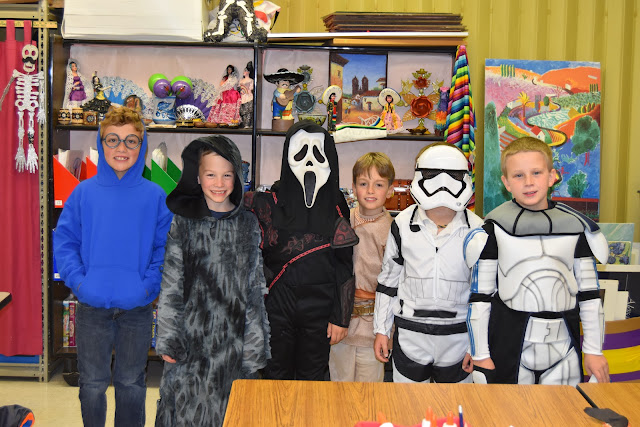 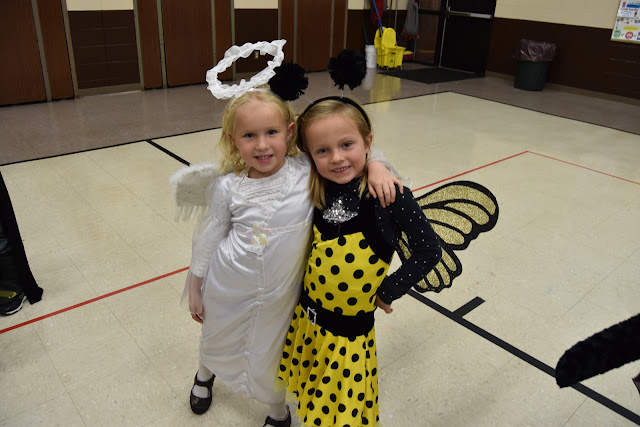 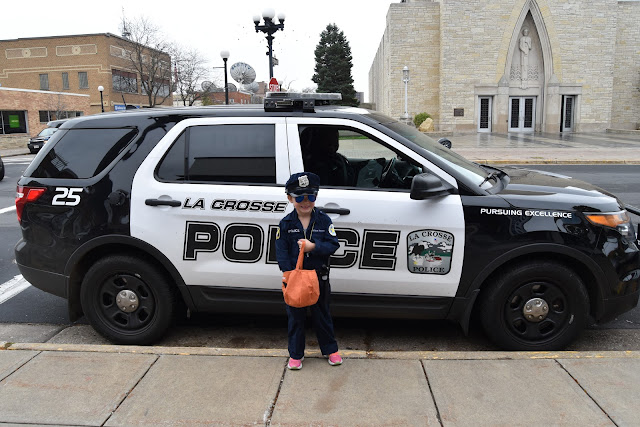 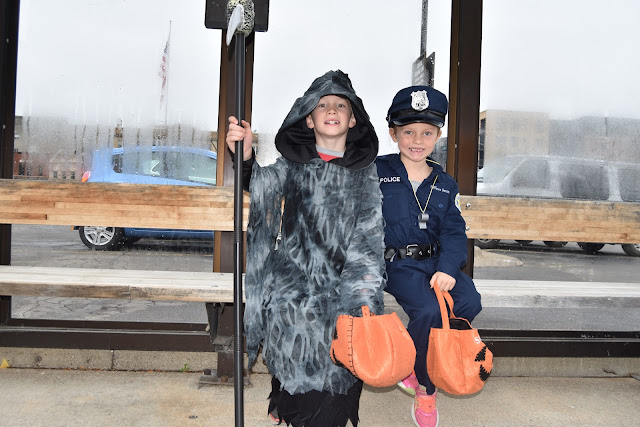 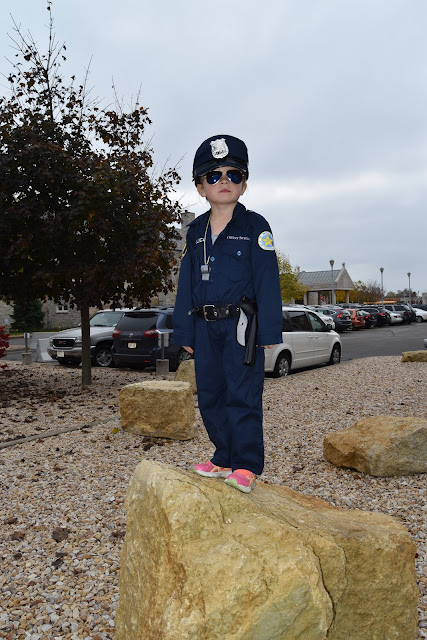 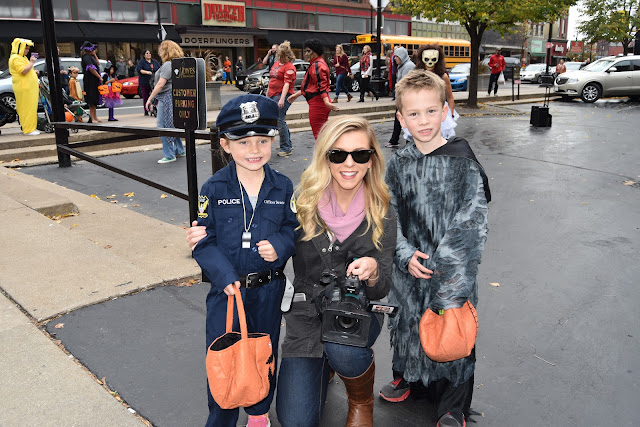 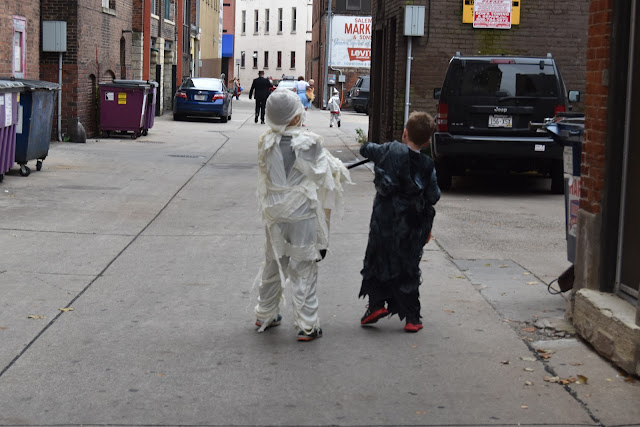 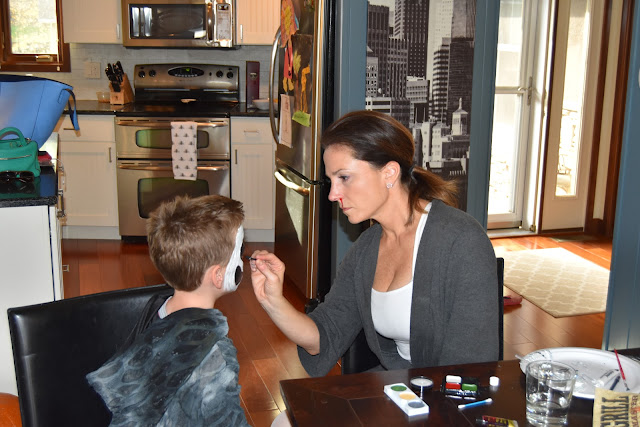 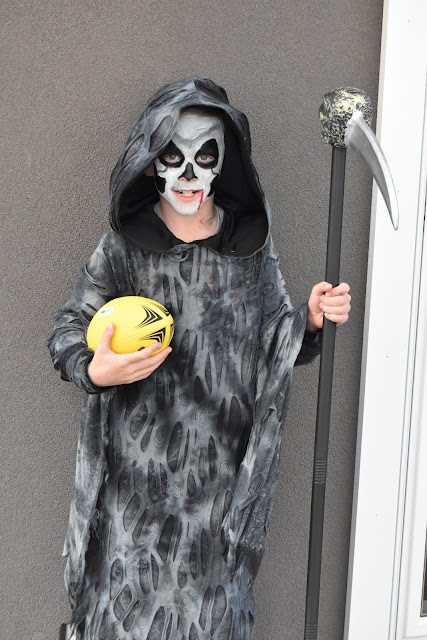 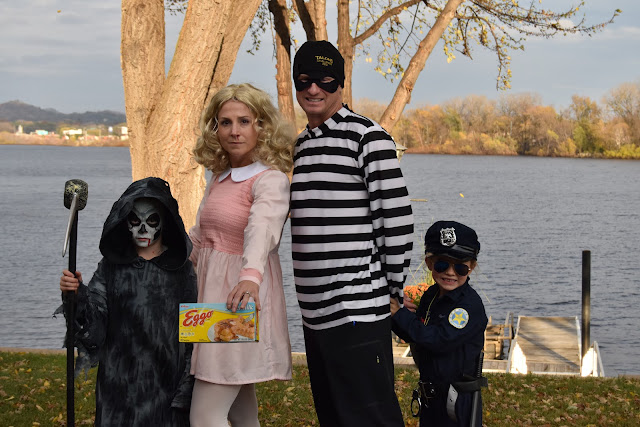